I can't believe its nearly a year since I last posted!!
I have been so busy this year everything seems to have taken off and I don't seem to be able to keep up.

This year we have had three new additions to the household.
Sooty (the very naughty) house bunny. 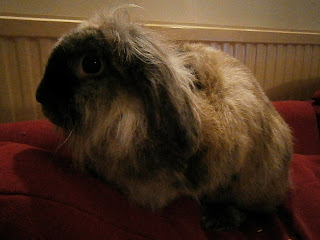 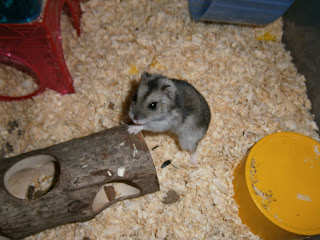 and Snowflake (the daft) hamster. 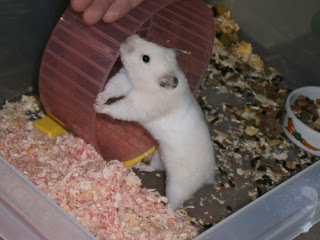 As well as new furries we have had (at the last count) around 200!! sock monkeys come and go this year, as well as many new monsters and toys. I really should start taking photos of all my makes as I think as I look over the year I wouldn't believe how much Ive done.

As a start to the new year I have two new years resolutions. I hope they go better than last years, which lasted till around the end of January! lol.

Number one is to finish ALL the projects that I have started. I have already begun this (quite big!!) project and so far have finished my Dumbledore wizard and my snowman (will post pictures later). I also have quite a big list of other projects which I will put on later to try and motivate myself.

Number two is to try and make wool mountain a bit smaller. As all the Christmas decorations have come out I have had to hide away tidy all my wool that was in the living room to make way for the Christmas tree and decorations. It wasn't until that moment , when it was altogether that I realised quite how much I had!
Next weeks job is to try and put it in some sort of order as at the moment I am totally overwhelmed with the amount of it. I think I need to go to wool addicts anonymous. lol.
Posted by jo at 16:07

jo
I'm interested in all sorts of crafts and can't wait to share them all with you here! At the minute my main interest is sewing and quilting which I have been teaching myself to do. I am part of the Crafters Companion design team so you can see my work on Create and Craft and in the Sew Inspired magazine.